The day started with the children returning to their classrooms to discover a strange set of footprints all over the carpet, the walls, and even the ceiling!  The children were extremely shocked by this unusual turn of events, and they were even more surprised when they discovered that the footprints did not belong to any creature that is currently living on this planet.  It turned out that there was a

dinosaur on the loose in Manor Field! 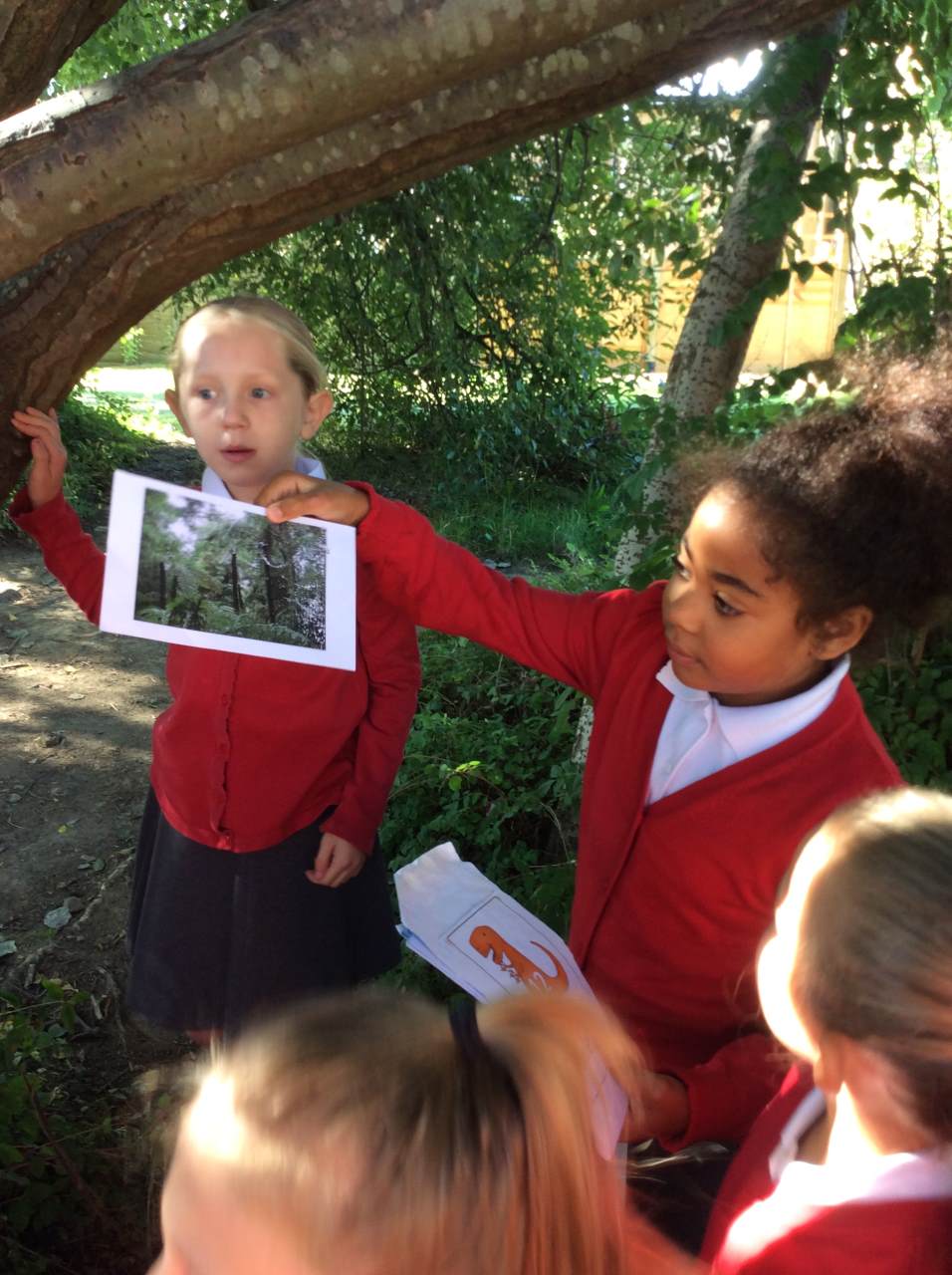 The dinosaur had left a few clues around the school grounds, as to its identity. Therefore, the children took part in a scavenger hunt to locate these clues.  The children made appropriate deductions based upon the evidence they found and were able to work out that the dinosaur was in fact a T-Rex!

Following this, we were transported 65 million years into the future to when humans walked the planet.  We had arrived in the Stone Age! We took part in a range of activities to try to gain a sense of what life was like during this period in history. 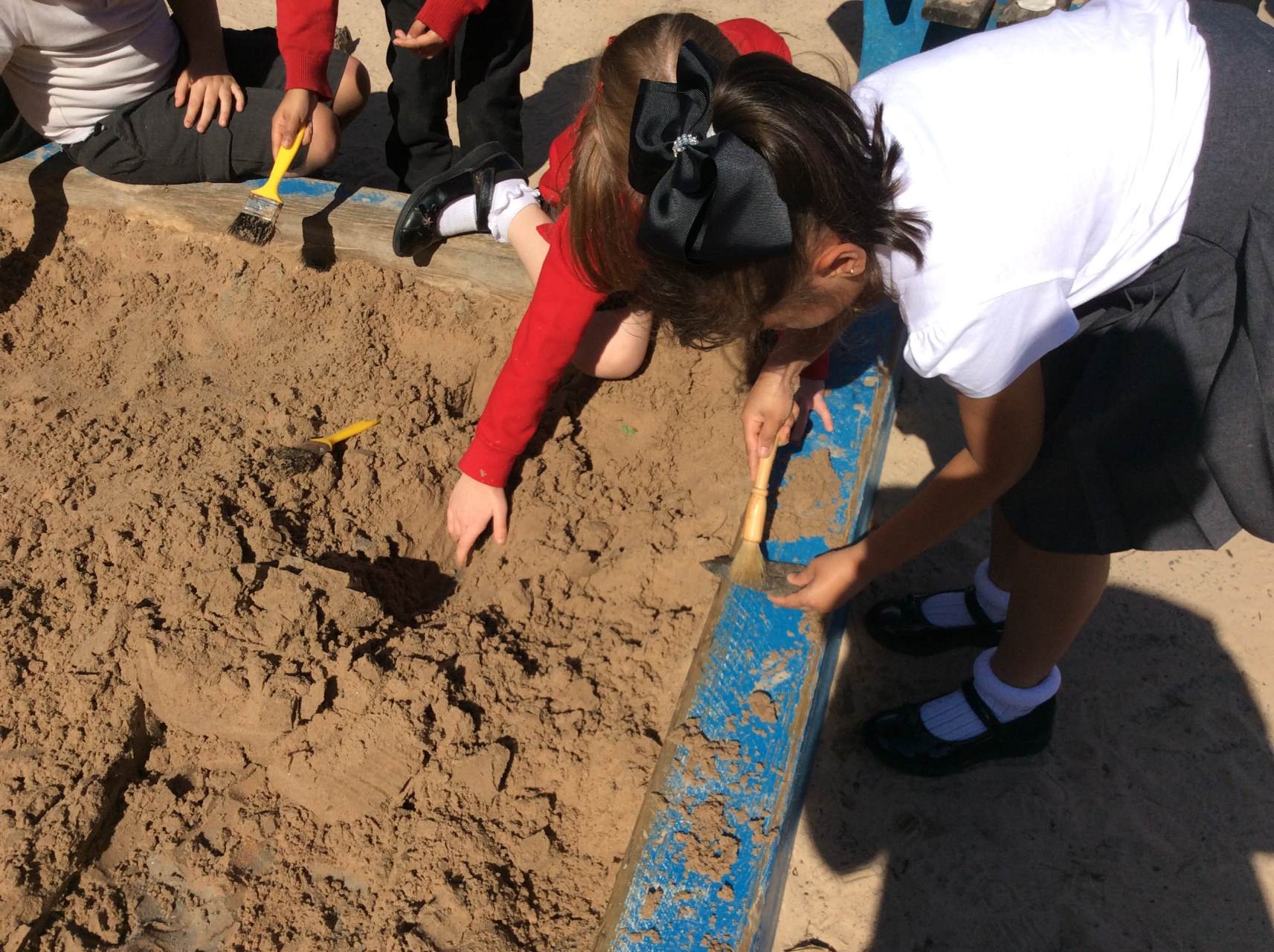 We took part in an archaeological dig where we unearthed a range of artefacts.  We had to identify which of the objects we thought might have come from the Stone Age and why we thought that.

We entered some ‘caves’ to marvel at ancient cave paintings.  We discussed which paintings we liked and what we thought they might be telling us about Stone Age life.  We also talked about the types of natural materials that might have been used to create these amazing pieces of art.

We also encountered a skeleton belonging to a Stone Age person.  We looked at the clues that had been discovered with the body to try to build a picture of what life might have been like for this prehistoric person.

Finally, we took on the role of archaeologists by trying to make deductions about a modern day family, just by looking at the rubbish that they had left behind.

This led to some very interesting discussions about how our own personal life experiences can affect our perceptions of events and viewpoints.

We all had a fantastic day and the children proved that they had the skills needed to become history detectives.  We are now eagerly looking forward to embarking upon our Prehistoric Planet Theme, and learning more about what life was like in Britain from the Stone Age to the Iron Age!